In this type, the audience will encounter scenes of living, working and production of the farmers with muddy hands but is poeticized. 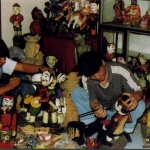 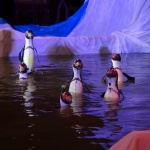