The V-2018 Hanoi International Puppetry Festival was closed on the evening of October 15, 2018 at Au Co Theater after a week of competition with colorful, attractive and creative puppet shows.

- Item: The sound of my home - National Puppetry Delegation of the Lao People's Democratic Republic.

1.       Meritorious Artist The Khien controls the puppet of Turtle Judge in the “Catfish – Toad” - The Vietnam Puppetry Theatre

8.       Artist Sem Kosal controls the puppet of buffalo in the item “Farmers and the Lord” - The Royal Thai Puppetry Theatre.

9.       Artist Pok Sarann controls the puppet of Commune Head in the item “Farmers and the Lord” - The Royal Thai Puppetry Theatre.

12.     Artist Thanh Tung controls the puppet of Eel patron in the “Catfish-Toad” item of the Vietnam Puppetry Theatre.

4.       Outstanding Music - The Puppetry Delegation of the Kingdom of Cambodia

Delivering the closing speech at the Festival, People's Artist Vuong Duy Bien, Chairman of Art Council asserted: The Fifth International Puppetry Festival has been a success with the artists’ efforts. The Art Council highly appreciates the passion of local and international artists, which has made the success of the performances and roles in the Festival. The artists have introduced various performances, from the shallow, water, and mixed puppetry forms to create the effects for the performances. People's Artist Vuong Duy Bien, Chairman said: All the artists from every country still need to keep the basic characteristics of puppetry and may combine puppetry with other forms of theater to make puppetry more attractive but not to “pale” the nature of puppetry. One can see the difference between puppetry and other forms of theater in that the language of puppetry is the performances, movements, gestures and techniques of puppetry. The creation of puppetry art must be based on updating the life and applying it to life in order to open the ancient and precious traditions of each country and nation. In addition to that, the audience of puppetry is still young, so the technologies needs to put humor to the top, have smart processing, bring laughter wisdom to the audience, etc.

The V - 2018 Puppetry Festival has been crowned with success, leaving an unforgettable impression on puppet artists and the public who love this art. 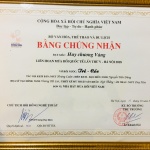 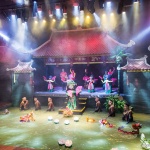 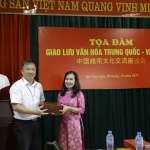 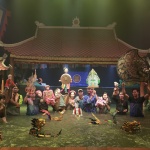