According to the representative of the Chinese Cultural and Arts Institute, Mr. Mao Cam Vu, China and Vietnam have a close relationship "mountain to mountain, river to river" The culture of China and Vietnam in particular as well as ASEAN countries in general, has many similarities points. Oriental culture is an important factor in the culture of the world, although not developed by Western culture. The Chinese government organized the "ASEAN Theater Festival" in September 2017, in Nanning City to promote Oriental culture to the world. Creating opportunities for East-West culture to meet connect and exchange.

Come to Vietnam this time, after signing the Alliance Cooperation Agreement of ASEAN, the Chinese side wants the parties together to express ideas to promote the culture development more and more, expanding to many units, localities and cities of each participating country. Promote the development of information technology on the activities of link - connecting culture and arts and receiving supports from the governing body of each country.
On the evening of October 30th, 2017, there was a performance of Vietnamese and Chinese elite artists at the Vietnam National Cheo Theatre - Kim Ma, Hanoi. The show was held in colorful, impressive and attractive to create the impression of special unique culture of the artists of the two countries Vietnam – China. 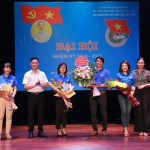 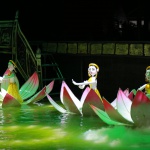 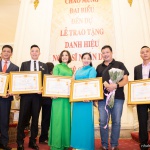 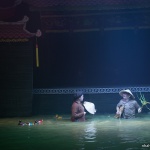